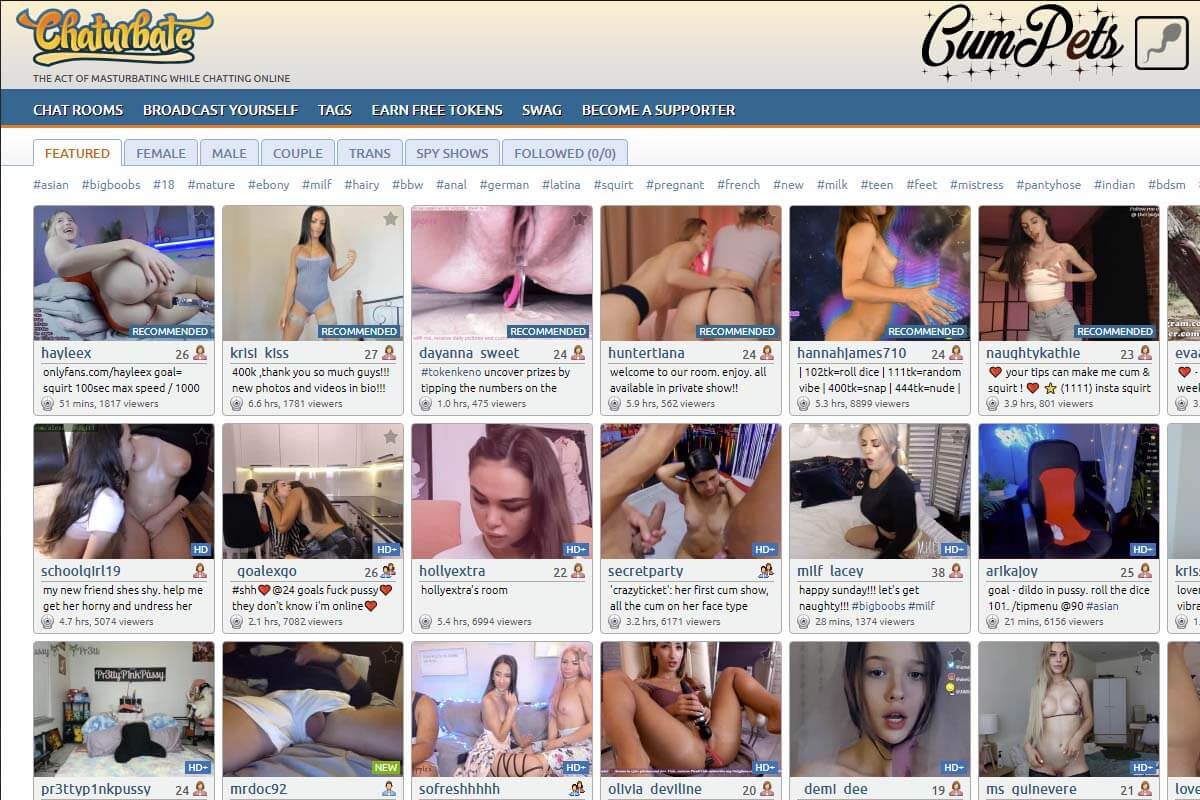 After a horrible flu, I‘m back with a vengeance and the first slut to be reviewed is Sia_Siberia or in this case, a pair of sluts since her fried Sonya is here as well. They’re dressed as the anime characters, one with red hair (or fake wig) while the other has the traditional Japanese schoolgirl fetish look.

It’s a play of two dildos where the brunette is getting destroyed by the one that is shaped like an octopus. Yes, with all the suction pores and it’s also blue in color. They’ve slowly fucked for around five minutes and it wasn’t that good of a show. Nothing too aggressive, just slow strokes and even worse are the redhead’s expressions. You know that trashy look where a female sticks her tongue out and crosses her eyes? Yes, that’s the one! This is the worst, pain-inducing, horrible trend that has ever come out of this world and I’m not a fan.

The redhead bimbo has pierced nipples and looks fine for the amateur while the brunette has so much makeup that it’s impossible to tell what’s hiding beneath the layer of paint.

The show has now stopped, and Sia_Siberia’s girlfriend has left the room only to come back and talk. Thankfully, this part didn’t last, and the brunette is taking the turn! Guess the previous pussy needs some rest. Oh wait, not… She’s checking her phone with the legs crossed. Let’s cut this nonsense out of the review and I’ll come back in a while to see if something has changed.

It’s more of a talk show now but at least Sia_Siberia is talking to the streamers. The longer I’m forced to watch this, the more points will be subtracted from a total score. Okay, they’re now talking about money and it’s just not sexy, meh.

What’s next? Still more boring talk about tokens, answering streamer’s questions, etc. However, this isn’t the talk show, right? That’s where you go to YouTube for, not Chaturbate.

Okay, Sia Siberia has whispered something to the Sonya’s ear (which is very rude) and she’s now sucking on her nipples. Finally, some progress although I did speak too soon and we’re back to these boner-killing facial expressions, fuck me. Thank God they’ve switched, and I can look at Sonya instead, which is making this show manageable, but I’m already way too uninterested to continue.

Now, what’s my verdict for Sia Siberia’s cam streams? I don’t understand how anyone can find these anime caricatures sexy, especially when there wasn’t that much action in the first place. Hence, if you’re like me, this one will bore you to death. Anime freaks, on the other hand, will probably be screaming “kawaii” as they jerkoff in their parent’s basements.

I’m yet to find a decent Siberian cam girl, the last one that also sucked was Sexy B0rsch.