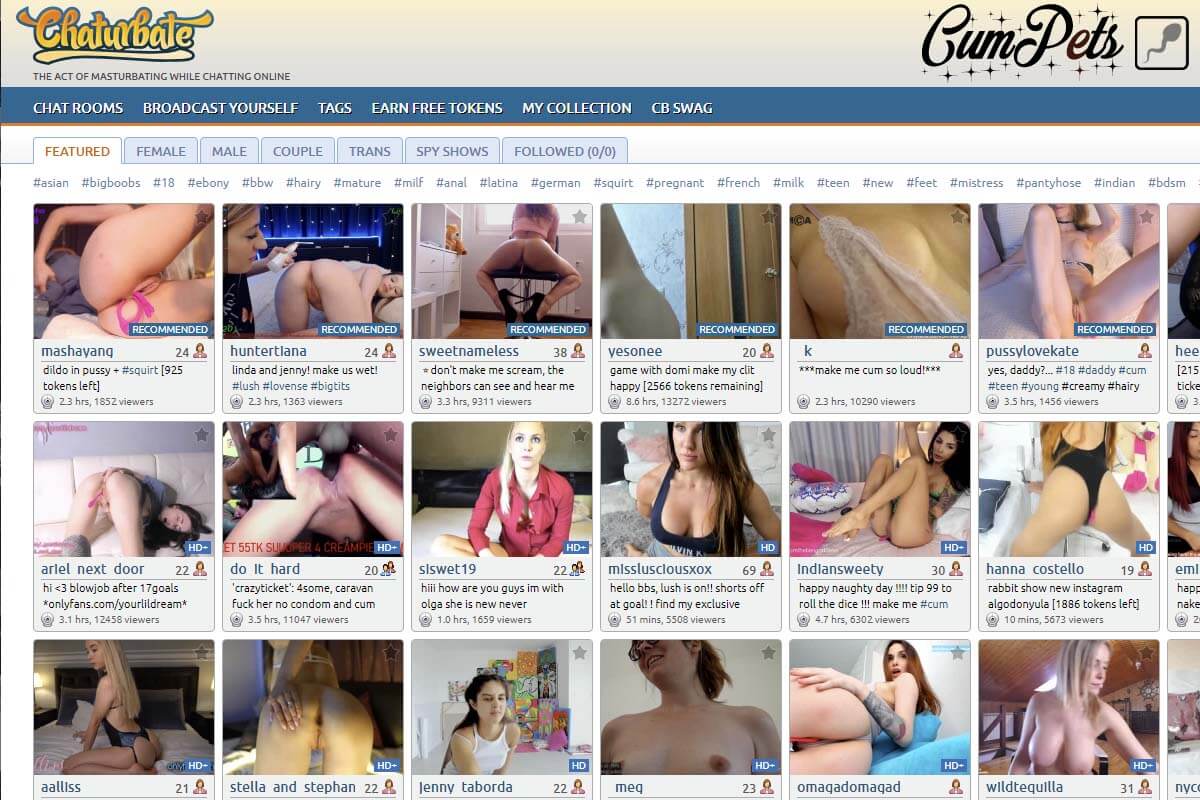 Let’s meet a Russian Chaturbate model under the nickname of Sweety_Rinushka_. It’s a bit odd, but let’s not focus on that. Her real name is Katerina and she is from the Eastern Europe. Claims to know Spanish and is interested in men only. We don’t know if Sweety_Rinushka_ is a vegan, but her preference for a healthy lifestyle is clear.

At the very beginning, Katerina spoke with her fans and did so fully dressed. The Russian accent as well as loud noises of vibrating pleasure should sound good. At least that was the theory…

It was the end of a show and all I heard about are her shows, some tickets and what not. She is ignoring the tokens, there’s no respect for the tippers that came last and it’s nothing but advertising. I’ve just realized that my preference is for hardcore cam shows like those of Eve Evans, nothing else. Who cares about a virgin that just talks and doesn’t do much? I mean, how can you verify that Sweety_Rinushka_ is a virgin in the first place? The birth date is set to 1901, which is, of course, a fake one. Maybe people wouldn’t believe that she’s a virgin if the real age were to be revealed? Still, I’ll credit Katerina for trying something different and not following the set path of cam shows.

Wait, so what do you even do with the tips? It’s part of the fantasy and the Lovense device is either near her clit or is inserted into a pussy. Although that would make Sweety_Rinushka_ no longer a pure virgin, at least by my standards. Tip a single token or a few hundred and the vibrations start. I’ve heard her moan only once and that was through talking about some show tickets.

Okay, maybe it was a bad day or timing to come at the end of Katerina’s Chaturbate session because I didn’t see much. I think that she should’ve respected the last tips more and acted them out. Instead, I’ve listened to nothing but ads.

For now, it’s a pass for me, but I’ll re-review Sweety_Rinushka_’s performance in a month or two. Maybe then the timing will be better.