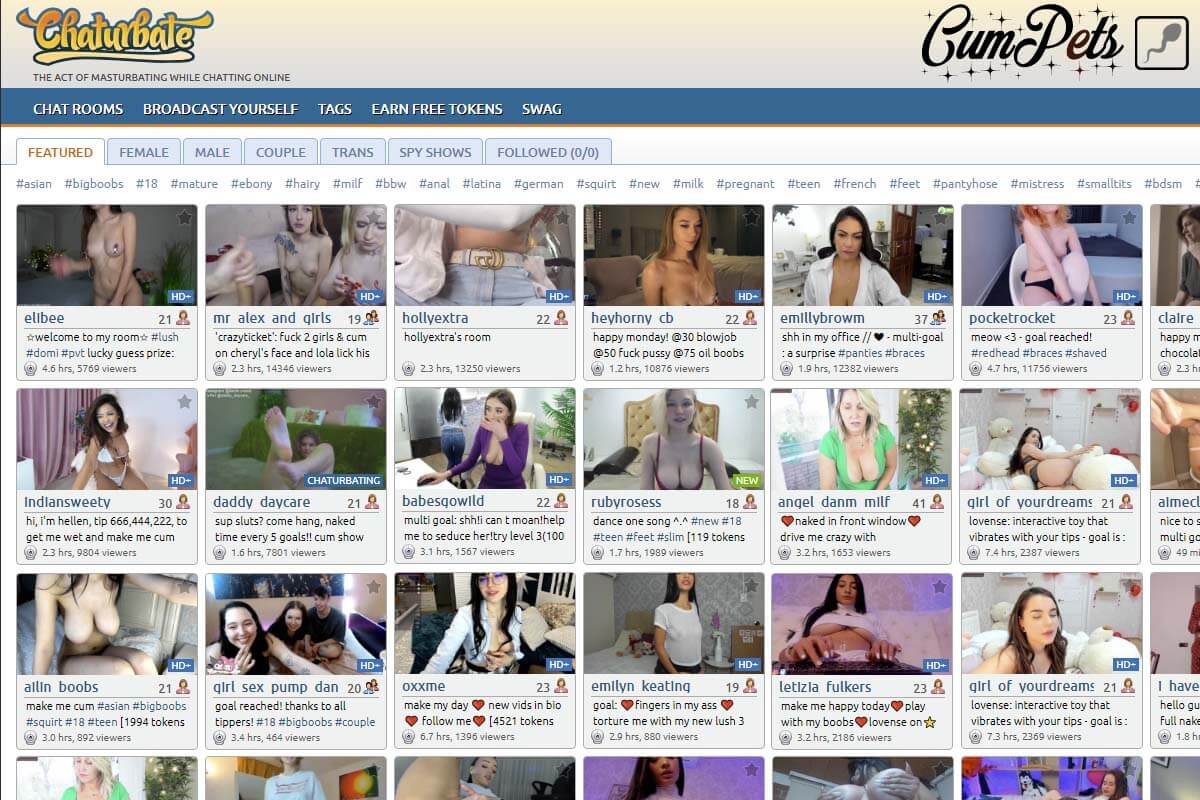 I was drawn by the description of Coy Amina, so here’s to a good AAA+ show!

This immedicably reminds me of Karenkitty’s Chaturbate performance since it’s nothing but nudes. However, at least for now, the show sucks with a brown-haired female shaking her ass (or moving hips) left and right, that’s it. For the last two minutes nothing else has happened despite tips of 1 to 15 tokens. The music is also not as good, just some light pop-music, no sensual saxophone tunes, etc. There’s a positive too which comes in pairs and that’s tits. While I cannot see Coy_Amina’s tits, the bra is off and that’s neat.

Another five minutes into the stream and I’m about to turn it off. Someone even just commended that this cam model earns a lot of cash just by shaking her ass. Imagine the screenshot without any emotion or much movement and that’s Coy_Amina.

Okay, the music has now stopped and she’s getting dressed. For what reason? We have no idea, but I’d rather go to a dentist than have another episode of her “sexy dance”. It seems as if that was a tip because Coy_Amina did thank someone. A random streamer gave a great suggesting and it’s about showing the tits. Sadly, Coy_Amina is now just brushing the hair, clicking the mouse, and not doing anything else. We’re tempted at just terminating the stream and it blows my mind how there can be so many fans.

We’re sitting in a complete silence, she hasn’t spoken for 3 to 5 minutes, the background music is off as well. Damn, can it get more boring than that? Now, some mirror adjustments with a single word “game” coming out of Coy_Amina’s mouth and we’re back again to the deadening silence.

You must’ve noticed that I’m not talking about tokens anymore and that’s because viewers aren’t satisfied with Coy_Amina’s stream either. In other words, in the last 10 minutes or so there has been a tip of 1 token. That’s how high I’d rate this stream at as well.

Since it might take some time for the show to start, I’ve muted Coy Amina and starting with my left eye whether some action will be put on a table. Do you know which cam girl we’re streaming right now? It’s Karenkitty, see the link above.

After a round of nothingness, Coy_Amina is back at showing the ass, but nothing more. After a tip of 10 tokens, there was a duo of spanks that made Amina’s butt red, and that’s the most action I’ve seen in the last half an hour. That’s sad, right? With around 12,000 streamers now, I’d loved to see something better.

Whatever, Coy_Amina is sitting on her ass again and isn’t even talking. We’re done with the review and it’s not good. I bet you aren’t even wet yet.

This is one of the most boring cam streams of the 21st century. I’ve seen house plans that were more interesting to look at than the free sex cam stream of Coy_Amina. Unless this review is updated later, I’d skip “the best models” studio for now and focus on performance with something other than 30 minutes of silence.