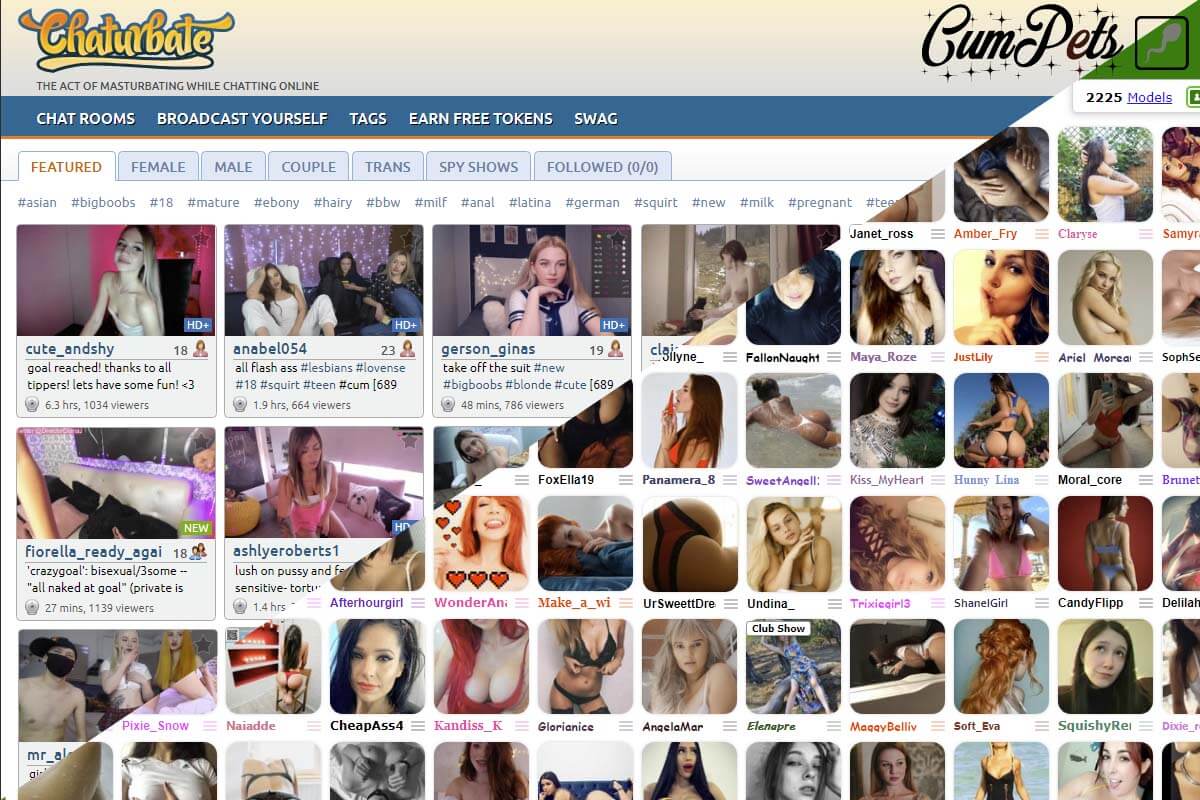 You might’ve heard of either LucieOude or DouxTease, but however you call this babe, the abundance of good time is almost guaranteed. Her real name is Lucie, and she could be from Canada or France. That’s just a guess based on LucieOude’s known languages.

LucieOude is her name on MyFreeCams and DouxTease on Chaturbate.

I must address the elephant in the room that you too will likely see upon hearing about LucieOude. The highest tip that DouxTease has received was of 666,666 tokens! We can’t even imagine the reaction that was (supposedly) streamed online. A solid tip of over a thousand tokens could make everyone but the biggest bitch blush, but this is beyond any sensible donation that is worth more than a used supercar, if my math is right.

The video resolution at which DouxTease streams is impressive and the camera itself looks to be of a professional level. There’s also a vignette effect enabled, at least that’s my guess, giving it a softcore erotica look. DouxTease’s shows immediately remind me of the various “female friendly” adult sites that are more about the mood than penetration. LucieOude hasn’t undressed yet and it’s been close to 10-minutes. Instead, you get a slow burner kind of a show with emotional dancing. By the way, Lucie claims that she’s a dancer at night and these moves make all the sense now.

After 20 minutes of dancing, DouxTease took a short break to change her clothing and is now wearing nothing but the sexiest lingerie. The blouse is gone hence it will never be possible to catch a side boob shot of this brunette, but the dance moves look neat. DouxTease is touching her body, moving fingers up and down, but it’s all about the belly and shoulders, legs, no pussy stimulation if that’s what your dreams are made of.

With French music blasting in the background, DouxTease is sipping on water and interacting with the viewers. There’s no talk on her end, but you know all she is trying to say through typing and sensual motions.

I’m now more than an hour into the show and it’s true what she says. There’s nothing too explicit that will make the audience of CumPets as excited as wild animals. Maybe there’s a single viewer out there who appreciates art, seduction, and erotic movies, but everyone else, including myself, just haven’t learned to appreciate the beautiful things in life. The quick fix or quick fap is what men want now, at least those who are searching for DouxTease’s sex cam videos. It was fun, but not my kind of fun and with that in mind, let’s end the stream.

I’ve heard that the private DouxTease shows are simply outstanding and beyond what you could ask for. In fact, we could name 666,666 reasons why that’s the case. That’s how you stream LucieOude, in private since public shows aren’t as good as those of random Chaturbate models who’ll do anything and everything.

We finally get the name, it’s “teasing” inspired!