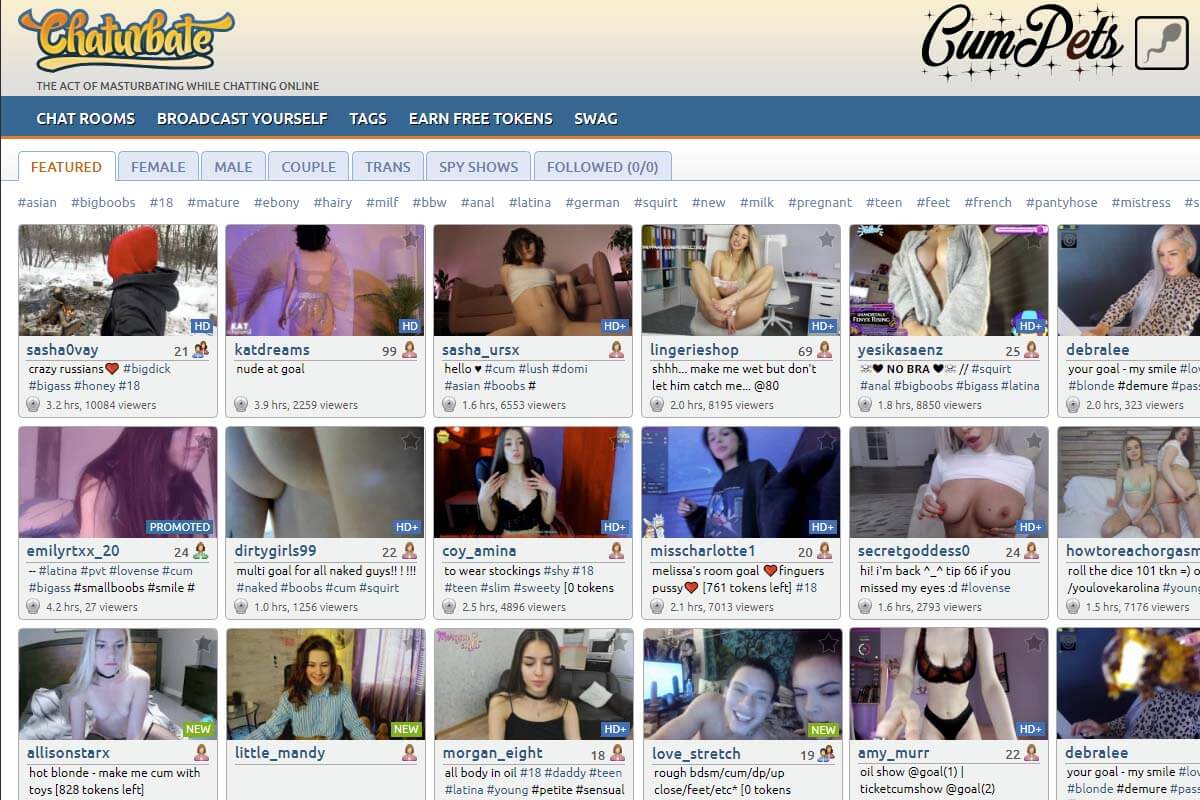 Having reached over 400,000 followers and counting, Emersoncane (or Emerson_Cane) is a brunette model that claims to need cash for insulin as well as feeding pets. She has a Type 1 Diabetes and with medium-sized tits. Not sure how these two are related, but that’s my interpretation of Emerson.

Moisturize your cocks because this one will need some adjustment. We start Emersoncane’s Chaturbate stream after the cringeworthy singing that is almost guaranteed to terminate your hearing in some way. There are singers that are good and underrated and then like 99% of them who think they sing good but couldn’t finish a single Pythagorean interval if their life deepened on them. The worst part is that Emersoncane just keeps on singing and it’s bad, damn.

I’m putting Emerson Care on mute because my ears might be able to handle the sounds of the World War in Call of Duty, but those are the limits. I don’t even know what the point of this stream is for now because it’s Chaturbate, one of the most awesome cam sites after all, not America’s Got Talent or every other show designed to make people fool of themselves.

After giving Emersoncane a short break, she’s back with vengeance and is now standing fully naked on top of the camera. Meaning that a view you’re getting now is that as if you were Emersoncane’s boyfriend (or a worm), lying on the floor. Emersoncane has a slightly hairy pussy or more like a patch. At least the nudes are here, which is all I can say for now. I mean, if your Chaturbate stream’s best part is “she got naked”, then it’s one of the saddest performances. The most interesting part is that there are hundreds of thousands of followers that are actively seeking Emersoncane’s streams. What kind of goldmine is this and where can I find the real thing? It’s as if everyone else knows the secret to Emersoncane but us.

The Chaturbate stream of Emersoncane has hit another wall, there she is, still standing in the same position and typing whatever she needs with one hand while (sometimes) touching the pussy with another. It’s one of those “out of touch, zero interest” touches that show no real intention. Five more minutes later, Emersoncane is off the camera and I’m just trying hard here to find reasons worthy of a stay.

Now, her two pet dogs visited the stream, and the camera is showing a mix of her pussy with the rest. I feel repulsed by that, no one wants to look at those things in the heat of a moment. Is this a professional Chaturbate model or just some amateur? Sure, there was little to no heat, but come on…

I don’t understand Emerson_Cane’s streams at all. There sexual tension is never built to last, the performance was limited to her standing on top of the camera lens and EmersonCane didn’t seem to be that involved into pleasuring herself anyway. Maybe look somewhere else?