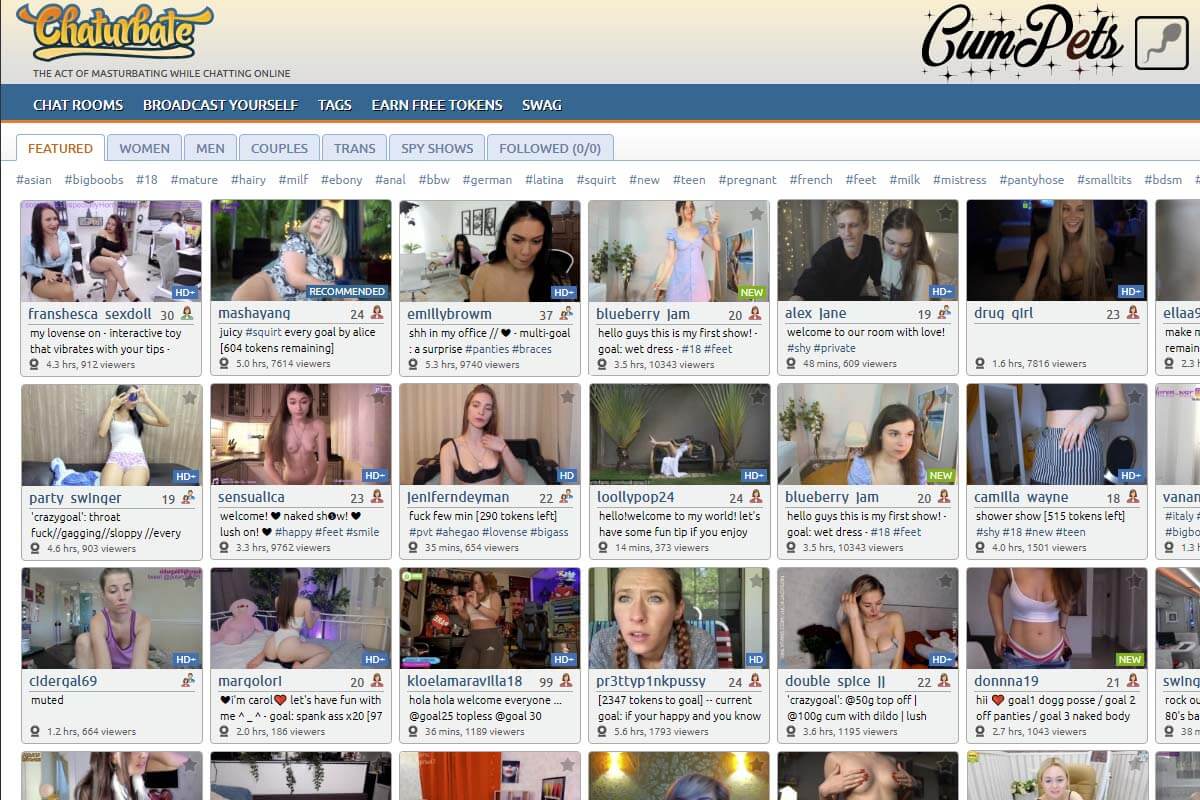 YuniMei (real name Yoona) is an Asian brunette who was born and raised in Seoul, South Korea. It’s rare to see camgirls that not only are exotic, but those who also stream on LiveJasmin. It’s been a while since we’ve even covered a model as cute as YuniMei. She was born on December 10, 1995 and is in her mid-20s.

Yunimei doesn’t show much of her face and in 9 out of 10 minutes tend to stand with her back facing the camera. It’s a single piece outfit that barely covers her butt. There’s a MyFreeCams slogan sprayed on the apartment’s wall for some reason but that won’t place her any higher than the better sluts in our MFC models list. While not a bore fest, Yunimei hasn’t shown any more skin than at the beginning of her stream. The songs change but the view does not. It’s like the slowest, least erotic dance you’ve seen. There are no viewers yet that are comfortable with large tips, so let’s not quit the Yunimei’s stream just yet.

There was short adjustment at the way Yunimei’s camera is set, giving you a better view of her ass. It did get better slightly, to be honest. Maybe the hope isn’t lost yet because technically speaking, her clothes are getting looser and looser. There are more exposed shots of her pussy that are, of course, don’t reveal anything other than red panties. However, the puffy shape can finally be seen and the rear-view is more direct than the one from the side like before.

Since Yunimei seems to have a friendly personality, I gave her way more time than expected. Two hours later, I have no idea what do her nipples look like nor have I had a peek at the intimate parts of Yunimei’s body. Even worse, the dance moves are all the same and it’s just a wave of applying standing pressure form one hip to another. What a disappointment this has been. Yes, people are still attracted and drawn to Yunimei, but that’s not me.

What’s the best thing that has happened after two hours? There were a few moans, that’s after 120 minutes of your time wasted! I did keep the stream running still and an hour later, it was still all the same. It’s like watching wall paint dry except that something is happening there aka it’s drying. Here, if I had a pussy, my pussy would be as dry as the grains of sand in Sahara.

All the moves that you’ll see during the first five minutes of Yunimei’s stream are enough to “cover it all”. It’s all repetition from that point without a single tit drop or pussy slip. I see no value, honestly. If you like teases, check Karenkitty’s review on our site.